what this Tuesday means for women.

How do you write about something that happened, but didn’t happen? That happened in one world, but simultaneously didn’t happen in another? Something that an enormous, vocal, and threatening group of people want to tell you wasn’t real? But it was real, wasn’t it? It happened to you, didn’t it? And didn’t it tear you apart?

I have started this essay with questions, because how else could I begin it? I certainly could not begin it with the simple truth. I certainly could not begin it with the words, “I was raped.” In the cultural climate that we live in, to many people, those words invalidate anything else I have to say. Those words send minds reeling at startling speed into a flat wall, into a stunned silence, into eyes that widen and brows that furrow (I’ve seen it so many times) and and an inability to hear any words that follow. Nobody wants to think about rape. Nobody wants to believe it happens to normal sweet faced girls like the petite redhead standing in front of you. But the truth is, I was raped. I was raped, but I am not only someone who was raped. I am also someone who is smart, and strong, and opinionated, and my opinions are based on first hand facts. I am telling you, “I was raped,” but I am not asking for an emotional response; I certainly am not asking you to perceive me as a victim. I am asking that you merely receive a simple and a common fact, a context for what I have to say.

I was raped. And because I wanted to protect other women, because I wanted the justice that I, as an American, am meant to be owed, I reported it. It was the hardest thing that I have ever done, and likely -- certainly hopefully -- the hardest thing that I will ever have to do. It was excruciating; it was painful and humiliating. I had to recount horrifying and repugnant details of my attack again and again to people who asked me hard, cold questions and recorded my pained answers in hard, cold sentences. As part of the investigation, I had to call my rapist on the phone, in the presence of an LAPD detective, to talk to him and to hopefully get a confession. I vomited before I left to go to the Police Station and I didn’t stop shaking until long after I’d gotten home. But lo and behold, my rapist confessed. On tape.

You would think that would be enough, wouldn’t you? A taped confession taken in the presence of a detective? We live in the United States after all, we have a beautiful justice system with a glorious history and we are so, so lucky. But the truth is, when it comes to rape and all varieties of sexual assault, that beautiful, wonderful system that we are so, so lucky to have... that system fails women. Utterly. And it failed me. I sat in a tiny room with my detective and the District Attorney, and the DA told me he would not be able to take my case to court. He told me that he knew I was raped, but that he also knew a jury still would not enter a Guilty verdict because when it comes to prosecuting rape, our justice system is broken. A taped confession isn’t always enough. He told me he was sorry. My detective, my strong, brave, fearless detective fought back tears on our way to the elevator. She turned to me and she said, “I want you to know that I had every intention of arresting that man after this meeting. I was ready to. And I don’t want you to think that this was wasted time. What you did is brave and it is important and I hope you don’t regret it.” I told her I didn’t. And I didn’t. But it was heartbreaking.

This happened over three years ago. I have been in therapy and sought treatment with EMDR. I function normally, I rarely think about the assault, and I run a successful small business which is no meager feat for someone my age. But for the past several months, as politicians rant and rave and lobby and manipulate, I have found myself both heartbroken and enraged by what I have consistently seen on T.V. and read about online. Again and again, members of the Republican party have been hitting me straight in the gut and telling me -- in exquisitely, thinly masked words -- that I am worthless. They have been telling this to all women, whether or not all women are open to hearing it, whether or not they are able even to fathom it.

We are living in an age when an intelligent, prominent politician can look straight into a camera and refer to rape as just another “method of conception.” A “method.” And when Paul Ryan said that, it struck me and it hurt me and enraged me far more than when Todd Akin referred to “legitimate rape.” Because Akin strikes me as ignorant. He strikes me as, well, for lack of a better word, a fool. But Paul Ryan is a smart man. Paul Ryan knows exactly what he is saying. And that is so so dangerous.

(EDITED to add that whilst I was busy writing this essay, Richard Mourdock went ahead and told the world that pregnancy from rape is “something God intended.” I could not even get through writing this piece before another Republican politician said something earth-shatteringly awful and bitterly hateful toward women. Something that entirely denies both the woman’s role in the rape and in the pregnancy. But I would like to point out that Mourdock’s view is in no way more extreme than Paul Ryan’s; it is only worded more bluntly.)

I truly cannot imagine what would have happened if I had become pregnant from my rape and had been living in the Romney-Ryan world. Because even with their proposed exceptions “in cases of rape, incest, or danger to the mother” I would have had to have the baby, because the legal system failed me and the law did not recognize my rape. I cannot fathom, I cannot begin to really, fully imagine what that would have been like.  But I can tell you one thing for sure; I would not be the healthy person that I am today, and I certainly would not be able to be running my own business. I would not have the luxury to care about business and the economy, because I would have been reduced to the status and function of a farm animal (which was, incidentally, another anti-woman gem spoken by a Republican politician -- in this case Terry England -- in the last several months.)

In the Romney-Ryan world I would not merely have had my rapist inside of me for the duration of the rape, and again every time I was forced to recount the incident for law enforcement; I would have had my rapist inside of me every single day, for every hour of everyday, for nine months straight. And then I would have had my rapist’s child. Against my will. It would have destroyed me. It would have destroyed me, and turned pregnancy -- something that should be beautiful and magical and a source of strength -- into a form of re-rape. The birth and the experience of either keeping and raising the child or putting the child up for adoption is such a painful thought that I cannot even bare to imagine it. That is the absolute truth. That is and would be the absolute reality for any woman who would be forced to go through that. Because, in the eyes of the law, our rapes, our true, legitimate, painful and violent rapes didn’t happen.

Whoever you are planning on voting for (or not voting for) on November 6th, no matter your own personal thoughts on abortion, please just think about what I have written. Please just silently contemplate it and sit with it and turn it around inside your head. For a while. For days if need be. And ask yourself, what if it were you? What if it were your sister, or your daughter? Perhaps you would not want them to have an abortion, but would you not want them to have the choice? Would you not want them afforded that one dignity at a time when they have been afforded none at all? At a time when they are utterly and devastatingly broken?

Women: on November 6th, please go out there and vote, and do so with self-love, and self-respect, and love and respect for your sisters and your daughters. Vote from your heart. 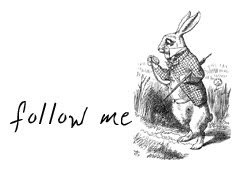